More than 150 years ago, in what is now the magnificent neighborhood of La Recoleta, there were only a few houses, the convent belonging to the Recoletos monks, a beautiful Church and one of the traditional cemeteries of Buenos Aires. A few meters away, in the ravines that overlooked the Río de la Plata, the elite’s carts were parked. Between the bustle of the washerwomen and the fights of the knife makers, a building was erected that, according to engravings of the time, could be the first gastronomic site in the area, the same place where La Biela is today.

Many years have passed since the “Vasco” Michelena’s grocery store until the flirtatious Confiteria La Biela, and this corner was a witness and stage for much of the living history of Buenos Aires. Gone is that tiny little bar that the Spanish owner named “La Viridita”, consisting of a narrow path with only 18 tables. And behind is also “Aerobar”, a name it received for a few years in homage to the neighboring civil pilots in front.

And around 1950 the story returns to another twist. By then, a group of speed worshipers, after of exhausting the patience of others, he was expelled from the place he frequented for his meetings. And what better idea than to dispel the bad time with a sting “and we are looking for a new place to land.” The adventure was short for one of them since the connecting rod of his car said enough in the corner of Junín and Quintana. At that time, one “Bitito” Mieres got out of his car and he gathered his teammates, Jorge Malbran, Ernesto Torquinst, and others, sitting in this little bar they baptized «THE FOUNDED ROD» first, and then simply as «THE ROD», it means “LA BIELA”, name with which he became world famous and which is a registered trademark for the concurrence of car lovers.

The Argentine Association of Sport Cars had no headquarters, and then these fans told La Biela “The Secretariat.” Then, successors of that first group like Charly Menditeguy, Rolo Alzaga, Eduardo Copello, Gastón Perkins and many more, they were witnesses and protagonists of the most fearsome fashion that filled the paths of Quintana, Ayacucho and Alvear: the “PICADAS”, Noisy monster, adrenaline provoking and curiosity of the sixties.

Excellent cuisine of La Biela, sheltered from its living history that summons us, envelops us and delights us.

From here the story is known. The tilt nut is represented on the walls of La Biela and the place is attended by illustrious characters, becoming world famous. Their tables have been visited by countless tourists, politicians, businessmen, athletes and many more. Characters with Real or Democratic power, such as the Kings of Spain or the Premieres of several countries. Artists of the quality of Adolfo Bioy Casares, Ernesto Sábato, Jorge Luis Borges, Julio Cortazar, Joan Manuel Serrat, Joaquín  Sabina, Facundo Cabral, Pérez Celis. Actors and actresses of all media. Formula 1 runners from different eras, such as Jackie Stewart or Emerson Fitipaldi. Famous footballers and an endless list.

Another bronze plaque placed at the entrance informs us that in 1999, La Biela was declared «Site of Cultural Interest» by the Legislature of the City of Buenos Aires. Reasons are not lacking. To this we can add the autographed photographs by José Froilán González or Clay Regazzonni, a handmade drawing by Fabrizio Ferrari, grandson of the “Commendatore” Enzo Ferrari, as a child, a painting donated by the last descendant of the Lamborghini family where the most luxurious car of the brand, and more. The most recent examples of the visit of the famous film director Francis Ford Coppola, whose first outing. During his visit to Buenos Aires, he went to La Biela and the sayings of actor Robert Duvall. Preferred place worldwide. It’s a great corner, coffee, young men .. »

Thus, time stops a little in the feverish Buenos Aires when we settle in one of its tables and enjoy the excellent cuisine of La Biela, sheltered from its living history that summons us, wraps us and delights us. 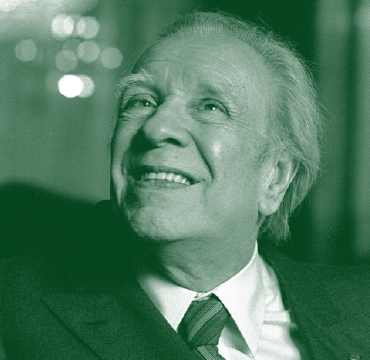 Reservations are taken from 10 people onwards.
If you are a smaller number of people, you can visit us directly.

Enjoy one of the most prestigious notable coffee.